← more from
Subtext Recordings
Get fresh music recommendations delivered to your inbox every Friday.
We've updated our Terms of Use. You can review the changes here. 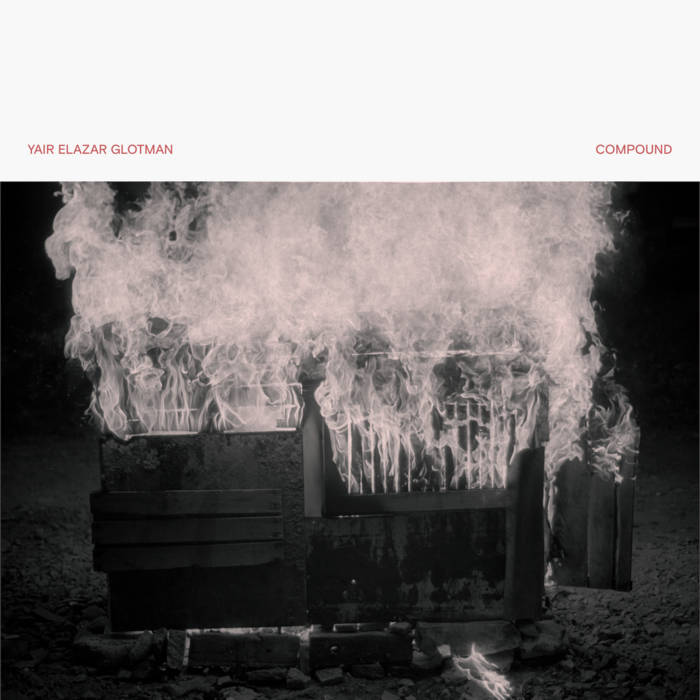 Lost Tribe Sound Somewhere between a condemned old jazz hall hosting a Michael Myer's fan club, and a forest devouring itself and all its inhabitants. Masterpiece!

Under his guises Blessed Initiative and Ketev, as well as his
own name, composer and sound artist Yair Elazar Glotman
has explored extended techniques and processes to forge new Tracklist: sonic textures and musical forms. Compound picks up where
the previous solo work under Glotman’s own name - 2015’s
Études - left off. The acoustic sound palette has now expanded
from solo contrabass into a trio including pianist Rieko Okuda
and percussionist Marcello Silvio Busato.

Glotman guides the trio into utilising sounds from the edges of their instruments’ abilities - arguably mere byproducts of harmony - and through improvisation, repetition, and post- production, conjures new sonic bodies over two sidelong pieces. His guidelines for each improvisation gave the players autonomy to emphasise the microscopic details of certain sounds: the shudder of a piano key, the hum of a cymbal, the incidental click of a plucked contrabass string. The recordings were then layered and reformulated by Glotman into two separate structures to complete the composition process. Both ‘Veil’ and ‘Revelate’ utilize the full spectral potential of each instrument, revealing new rhythmic patterns and harmonic content in the process.

Taking Glotman’s microscopic focus on instrument noises he put began on Études as a starting point, the trio on Compound ultimately bring into question both density and contrast, rhythm itself losing its stricter structures and becoming a purely pattern-based driving force in the music. The resultant unit contradicts and opposes itself, all sorts of clashing rhythms and melodies coexisting within the body of the two compositions of evolving sonic architecture.

Based in Berlin, Yair Elazar Glotman is a classically-trained musician and sound artist. Besides previous works on Subtext including Études, a collaborative score with James Ginzburg experimental film Nimbes, and the eponymous debut of his Blessed Initiative project, Glotman has released music via Opal Tapes and others under the nom de plume Ketev.

Bandcamp Daily  your guide to the world of Bandcamp

The Hammer and The Relentless from the Boston band Malleus stop by for a chat.